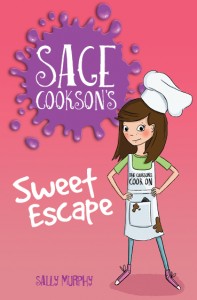 It’s always an anxious wait for the first reviews of a new book, so it was wonderful today to discover the first two reviews are online – and they’re both positive.

Eva at The Multitasking Woman says “If you’re a parent of a budding chef or Masterchef fan, this is the perfect book with food being the central theme.” You can read the rest of her review here.

And Pat at Readplus says ” with its short chapters, interesting characters and touch of suspense, will have its readers eagerly waiting for the next installment.” You can read the rest of her review here.

As a reviewer myself, I know that reviews aren’t written for the author – but, as an author, I must say I’m delighted!

This is going to be a quick post, so I’m going to skip straight to the why. I have a new book out, Sage Cookson’s Sweet Escape, and I’ve been busy promoting it online and in person. I am doing this because although my publisher is doing their best to promote it too – particularly through setting up a website dedicated to the series – they have lots of books to promote each month, while I have only one new book at a time, and so can give this one my special attention, at the same time promoting my back list.

So, on to some of the things I am doing to promote Sage Cookson’s Sweet Escape:

If you have a new book to promote, there are lots of things in this list you can try, too – though tailor them to the topic or theme of your own book. Good luck.

I’m lucky enough to be spending a couple of days on Rottnest Island, on a writing retreat with fellow authors and illustrators. This morning I went for a long walk exploring the island – and Sage Cookson came with me.

Phew. This is my twentieth post for the month about quick promotional tasks you can complete to get word of your book out to the wider world. If you’ve just joined me, feel free to scroll back through the other nineteen posts (and extra posts in between). 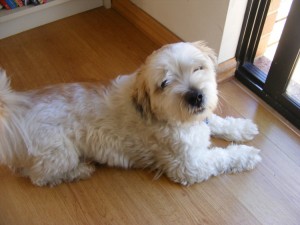 Not THAT kind of layout.

What possessed me to undertake a month of daily posts about promotion? My new book, Sage Cookson’s Sweet Escape, which came out on July 1, leading me to wonder what things I could do to promote the book that weren’t so time-consuming that I didn’t have time to work on the fourth book in the series (which has now winged its way off to the publisher), work on my Doctoral project, travel to two conferences, and myriad other things.

So, over to today’s task.

Write a blog post about design and layout. What you focus on will depend on your particular book and your unique knowledge. I’ve chosen, for example, to focus on the cover design and, more broadly, on the role other people played in my finished book. You might talk about how illustrations and text are placed, or which font was used, or why the index is in a different font than the rest of your book, or anything else you can think of.

Remember, it’s a quick post – though of course you can take as long as you like. Clock’s ticking, so off you go, and I’ll see back here tomorrow. In the meantime, leave me a comment, if you have time, and let me know how you’re getting on with all this promo.

Have a look at this cover:

Believe it or not, this beautiful front cover wasn’t the original planned cover for Sage Cookson’s Sweet Escape. In fact, you can even find the original cover online, through a Google search. However, to save you heading off to look for it, here is the original cover: 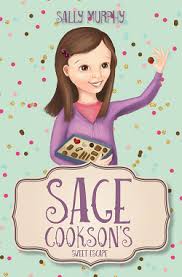 Which do you prefer? Hopefully, like me, you prefer the final cover. I love the colours, the brightness, and the appearance of Sage, the hero of the series. Every time I look at this cover I smile.

But, I must confess, that when I saw the other cover, which was the first I saw, I was also happy. And if the new cover hadn’t been decided on at the publishing house, I would have not only been content, but also not known that something else had been considered.

Which brings me to the point of this blog post. An author is rarely (if ever) the best qualified person to make decisions on every aspect of the final book. Few people have the complete skill set to write, illustrate, design, typeset, edit, copyedit, proofread, market, distribute and hand sell a book.

In my case, because Sweet Escape (and, of course, the whole Sage Cookson series) is traditionally published, my chief role is to write the book. Of course I also work with editors and have some input into illustrations and covers, but really once I’ve written the book I have to relinquish a great deal of control to the publisher – not only because they are funding the book’s production, but also because they have, either on their staff, or through the use of freelancers – staff with those varied skill sets. Together we bring the final book to life. If I was self-published I would become the publisher, but I would still need to consider either obtaining those many and varied skills or using other people to help me get the book out there into the world.

Back to the cover. The chief reason for the change was a marketing one, and with Sweet Escape selling well, I think it was a good decision. So I’m glad that my publisher, New Frontier, went with the cover they did.

In the back of each book in the Sage Cookson series there is a recipe, which you can make at home. The recipe at the back of Sage Cookson’s Sweet Escape is for Cheat’s Chocolate Fondant. Today I am super-excited because my publisher has produced a video showing you just how easy this recipe is to make.