I love the author life. Sometimes I have to remind myself that what I do is work.

Last week I had a flying visit to Sydney. I flew over, spent a day working on a school, another day checking in with two of my publishers, and on the third day visited some of my favourite Sydney landmarks. Throw in a catch-up with two of the most wonderful friends a person could want to have- both fellow authors – and I had the perfect combination of work and pleasure.

The purpose of the trip was to visit St John Vianney’s Primary   in the suburb of Doonside. There I worked with the year 5 students in a whole day workshop. We explored Do Not Forget Australia,and the story behind it, and by the end of the day every child had written at least two new poem drafts. These young writers were keen,passionate and amazing, and their teachers were pretty special too.

An added, unexpected, bonus  was the opportunity to meet the two year one classes who, with the help of the librarian, crashed my workshop to each shake my hand, introduce themself and hand me a Flat Stanley they had cut out and coloured in. I had told the librarian how much I remembered Flat Stanley from my childhood, and this had given her the idea. The children, she told me later, were just excited to think that Flat Stanley might travel in a plane. But then another teacher told me that there were many children living in the Western Suburbs of Sydney who might ever have seen landmarks such as the Sydney Harbour Bridge. And an idea formed.

So, for the remainder of my trip, wherever I went, Flat Stanley went, too. I did attract plenty of funny looks, but I had lots of fun,and I think Stanley did, too.He even met up with Sage Cookson along the way.

Here’s what I ended up with:

The final video was, I must confess, put together on a plane and, as such, I can see a couple of flaws I would have fixed had I had more clicking space for the mouse, and better eyesight to spot a couple of proofreading and resolution issues. But, alas, I saved the project to video format without saving it in editable format.

Still, I had fun, and hope the children enjoy what I have done.

I’ve had a very busy October, which is wonderful, but has impacted on the number of books I got through this month. Still, there are some amazing titles in the thirteen books I did read.  From the Cutting Room of Barney Kettle made me cry. It’s only the second Kate De Goldi book that I have read, but it won’t be the last.  Braving the Wilderness also introduced me to a new author, researcher Brene Brown. I am so glad my friend Sue recommended Brene’s work to me. Her examination of aspects of belonging spoke so much to me, and I have a second book loaded onto my Audible account to listen to.  Here’s the lists of what I got through in October, with links either to my reviews or to where you can find them online.

Eric the Postie, by Matt Shanks

From the Cutting Room of Barney Kettle, by Kate de Goldi

To the Moon and Back, by Dianne Bates

No Matter What!, by Lisa Nichols

Half Wild, by Pip Smith

The Figures on the Lake, by Peter O’Shaughnessy

How to Make a Living with Your Writing: Books, Blogging and More

Have you read any of these, or do you have another recommendation for me? I’d love to hear from you.

I had an email today from a new writer who is trying to get published (aren’t we all) and, in replying to one of their questions, I realised it was probably a good topic for a quick blog post. SO, here goes.

In terms of submitting your work to different publishers, do you have an approach or strategy? (I.e. to increase your chances of getting noticed?) Or is it just a matter of submitting to the most appropriate publishers and crossing your fingers?

And now, my answer  – a longer version of my email reply.

Yep, cross your fingers, hold your tongue at the right angle, sprinkle fairy dust, or salt, or glitter over your right shoulder, then turn around three times, tap your feet together and make a wish.  Then post 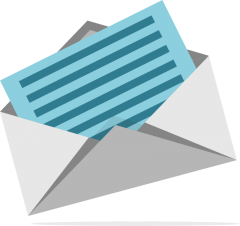 that submission and you WILL land a publishing deal.

Okay, maybe I’ve never done all of those things, but sometimes it feels like getting accepted is such a lottery that I might as well do that routine, as anything else I’ve tried seems just as hit and miss.

But really, in my experience, publishers mainly want only a few things. The number one thing they are looking for is a well written book, and the next most important things are your easiness to work with and whether you (as well as your story) will be marketable.

So, assuming that you DO have a well written book (that could be a whole nother blog post or ten) here are a few things I’ve gleaned over the years that maybe, just maybe, will increase your chances just a tiny bit of having your manuscript accepted.

And, of course, it can’t hurt to cross your  fingers. I’d avoid the glitter, though. It’s hard to vacuum up. 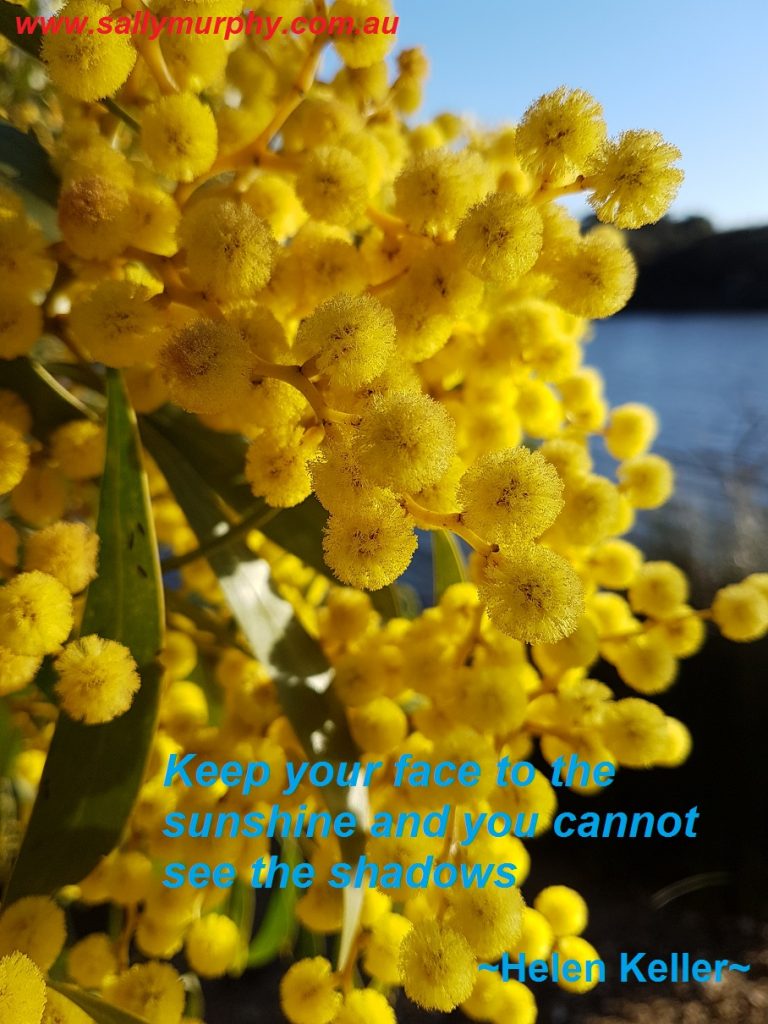 Another month has flown by, and lots more reading has been done. This month I got through 25 books, everything from gorgeous new picture books (I only count ones which I have read AND reviewed for this monthly list) to an book called The 5 Second Rule

, from Mel Robbins, a leading motivational speaker in the United States (and internationally). I can see why her book and her presentations – on Youtube and in-person are so popular. She has inspired me to get out of bed earlier and get stuff done this month. So thanks Mel – after reading the book, I even visited the dentist, which I’d put off for years.

Anyway, here’s what I read this month. 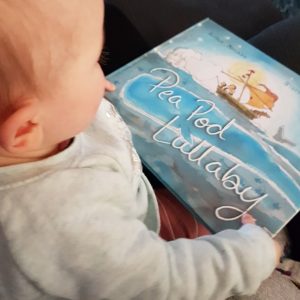 One of the Murphling grandbabies loved this one.

My Meerkat Mum, by Ruth Paul

I Want to Be in a Book, by Narelle Oliver

Chook Doolan: On the Road, by James Roy

Chook Doolan: Up and Away, by James Roy

Charlie and the Karaoke Cockroaches, by Alan Brough

Nothing, by Annie Barrows

My Lovely Frankie, by Judith Clarke

Losing It, by Julia Lawrinson

The 5 Second Rule, by Mel Robbins

The Story of Our Life, by Shari Lo

Have a great October. Two months till summer!

This post is not about books or writing, but it IS about a topic very important to me right now, and which I want everyone to know about.

See, this week, I almost lost someone very dear to me, to a heart attack. Before I continue, I’ll let you know that she is fine. After an angiogram and the insertion of two stents to remove blockages and maintain blood flow, she is at home and in reasonable health.

But she nearly wasn’t. And that’s why I’m writing this post – with her permission.

Because my amazing mother-in-law, who has worked most of her life as a healthcare professional, didn’t recognise the symptoms of a heart attack, and as a result delayed taking action.

She’d had a few health issues this year, and had seen a cardiologist as well as her GP, and had a stress test and other investigations. Then she had felt off-colour for the last few weeks and so on Monday she booked an appointment to see her GP – whose first available appointment was Wednesday. No rush, so that was fine.

On Wednesday, she got up and went about life as normal. But after she’d pegged a load of washing on the back line, she felt a slight chest pain and a little bit of pressure. Nothing major, and she wondered if it might be some muscle soreness from the repetitive action of reaching up to the line.
Back inside, she felt a little light headed and breathless, but she’d had this before, so she sat down for a few minutes to let it pass, then got ready to go to her doctor’s appointment. While she was getting ready she had a few small pains up the side of her neck, and into her jaw and ear – but again, nothing major.

As she was leaving home to go to her appointment, my father in law arrived home, and offered to go with her, but she thought she was fine, and the surgery was only a few minutes’ drive away. So she drove herself, noticing though that now she had a bit of pain in her right arm.

At this point she started to wonder if something more sinister was happening. She parked at the surgery, went in and took a seat to wait for the doctor. Although she broke out in a sweat, she waited her turn. When she was called she went into the room, and asked the doctor if she wanted to hear what had led her to book the appointment, or about what was happening today. The doctor suggested she start with today.

When she explained how she felt, the doctor sprung into action and called an ambulance, recognising instantly that her patient was experiencing a ‘cardiac incident’ (ie a heart attack).

The rest, of course, is a good story: she got promptly to an emergency department where they were able to assess and stabilise her, before she had an angiogram next day and two stents inserted. And, as I said, was then released home to resume life.

BUT if she had not have that GP appointment booked, the result could have been a whole lot worse, because at home she may have waited longer before calling an ambulance. The reason: each symptom was isolated, and none seemed as dramatic or major as she had expected a heart attack to be. And, as I said, she was a nurse and midwife for many many years.

If not, and even if you think you do, please take a few moments to read up on heart attack symptoms.

Here’s a link to the Heart Foundation’s site, which is an easy, straightforward read. Know the signs, and know when and how to take action. Please.

And please, feel free to share this story. Widely. The more people know, the more ‘lucky’ stories of survival there will be. As the Heart Foundation says – don’t be scared of calling for help in case you are wrong.

Love to you all, and thanks in advance for sharing. Oh, and hug the people you love.