After months of thinking about it, I bought myself a new camera a few days ago. Yesterday, I took it on my usual morning walk. As a result, I didn’t quite get the usual walking pace up, but I did get to stop and look at things I might otherwise not have. 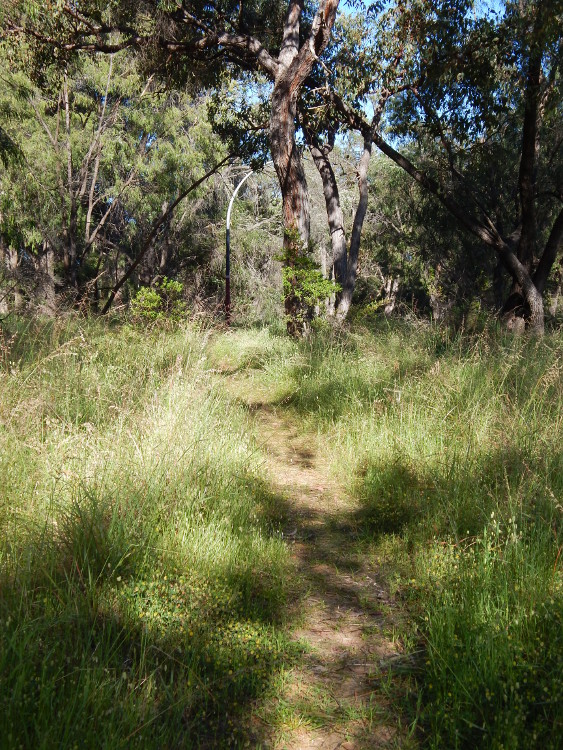 This is the path across from my house. It looks like I’m heading off into the bush, but if I’m honest it’s about 15 metres long before it meets the bike path, and the total block of bush is less than a hundred metres wide.  But it feels like bush. And there are interesting trees, which harbour possums and other wildlife, 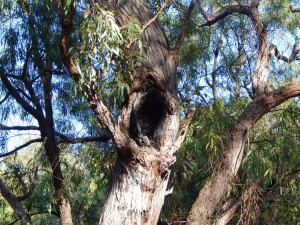 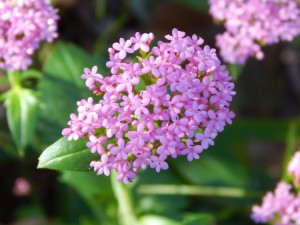 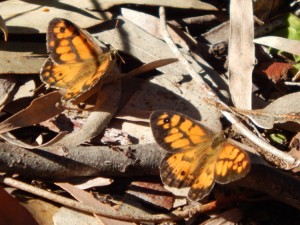 Down the road, at the lake, there are lots of birds.  The most obliging of these, photo-wise, are the ducks. There are lots of these at present, and as I neared the lake a little yappy dog chased a large group of them from the grass back into the water.  Of course, I felt sorry for the ducks, but was secretly a little pleased because it gave me lots of opportunity to photograph them. (Disclaimer:  no ducks were harmed by the dog, and the dog was not mine). This was my favourite shot of the day: 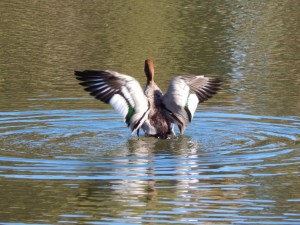 but, proving that they weren’t left too distressed, I was also pleased with this one: 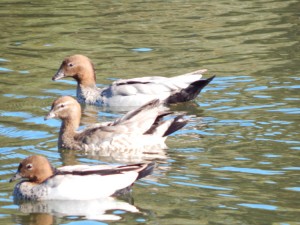 I also tried to get some photos of the willy wagtails, which are one of my favourite birds, but hard to capture – both because of their constant movement, and their size. Oh, and my inability to hold the camera steady. This was the best of them: 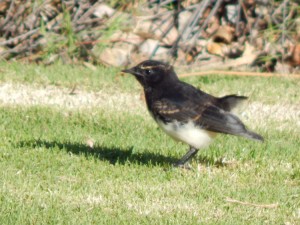 On the other side of the lake, there’s a boardwalk which takes you close to the water birds that like the paperbarks growing there in the water.  I don’t remember the name of these little black birds, but they’re fun to watch – and really interesting because they have a smallish body (smaller than a duck) but long legs and big feet.  This one was not very obliging – I wanted to capture him on the branch with his reflection, but because he was busy grooming, most of the shots look like he’s headless. This one is the best I could get: 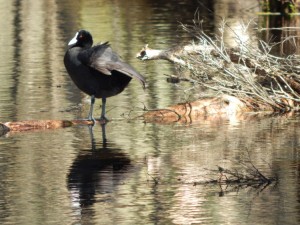 When he got back in the water, he swam very close, so I did manage a shot which shows how big his feet are. They are splayed to the side because the water was quite shallow: 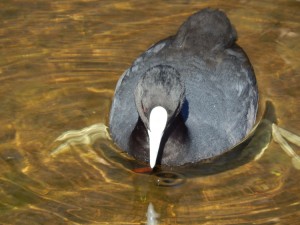 I’ve been umming and ahing over a new camera for ages, largely because I didn’t know what I wanted. Now that I have one, I’m wondering why I didn’t get it ages ago. I’m looking forward to getting better at using it and discovering just what it can do.