My beloved brought home some mail from our other house on the weekend, and I was delighted that one of the packages contained author copies of Snowy’s Christmas – in Korean.  It’s my  first ever foreign language edition – though there have been UK and US versions of some of my books – so it was a novel expereince seeing my story in a form I can’t actually read – in spite of looking almost the same as the Aussie version.

And here’s the Australian one: 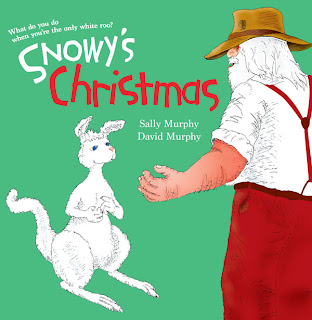 You can see there’s only minor differences. The  gold star on the Korean version says ‘World picture book’ in English – with some Korean text which I presume says the same thing. And the publisher’s logo is on the top corner. Apart from that there’s a tiny difference in the shade of green used.  Internally, it’s hard to spot the differences, but I would love to know how the translated version reads.

It’s interesting to see how overseas editions are altered for different markets. Pearl Verses the World is coming out in the USA later this year, published there by Candlewick, and the cover seems the same. However, the UK version not only has a different cover, but also a different title. Here’s the Aussie version: 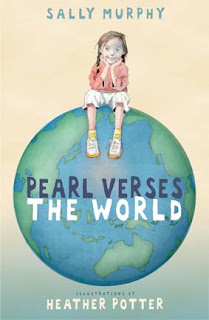 and the UK version: 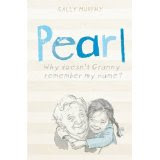 I absolutely adored the first cover, but love the second one too – in fact, I think, equally.